Free shipping over £33.00 Buy products worth at least £33.00 and we offer free shipping
Home  /  Automotive  /  Car Accessories  /  Antitheft Locking Devices  /  Mengshen Car Key Fob Signal Blocking Bag Pouch, Faraday Bag Cage RFID Signal Blocking, Anti-Hacking Car Key Protector for Wireless Car Keys, Keyless Entry - (Pack of 3)
Richard M.
Bought to protect car keys from dubious characters after seeing a disturbing video of thieves hacking a car key with a laptop without even being in the house, then driving off in the car! Frightening. It works as intended - I put the keys in the shielded pocket (not the other one - a mistake others have mentioned) and walked up to the car. I pressed the pouch right up to the door handle and the car wouldn't open. Took the keys out, car opens. Perfect.

It's being sold as a cell-phone pouch. I didn't buy it for that reason but I did try my phone just to see and it didn't stand a chance of fitting in. Most modern smartphones wouldn't fit. An iPhone 5 might fit at a push but certainly nothing bigger.

SteveG
I stupidly gave these a 1 star review saying they didn't work.
I'd read there were two compartments and thought I was putting my keys and phone in the correct part.
Right beneath the velcro is the opening to the shielded compartment.

Before I found the right place I tried them with keyless entry and my doors opened. I also called my phone and it rang.
In the CORRECT compartment the phone goes to voicemail even when I enable WiFi calls with my access point 1 foot away from the phone.
My BMW comfort access couldn't detect the key from inches from the door handle.

Perfect item.
The guys who did 1 star reviews you did exactly what I did and didn't use the correct compartment. The metal looking mesh pulls away from the lid to reveal another layer. Your phone/keys should go in there.

Simon
Used to keep car keys in. Blocks the signal to the car.

If the keys are in the silver lined pocked, it will not open the car, even when its on the bonnet or held near the door. Having recently seen how thieves are breaking into cars, this seemed like a easy small step to protect my car.

Would be nice if it was bigger, I'd suggest its far too small for smart phones, unless your at the lower end of the market. If you've got a small Nokia type device it would fit.

As for fitting in my keys. Its tight.

**Quality**
Adequate. I've put my over sized keys in for about a month. Seems to be lasting. But if they aren't in correctly, they can rip.
Philip Raw
Works a treat.
Check your phone size as this won't fit the newer plus size phone.
My Samsung S6 is too big but by S5 mini fits in a treat.
Two pockets, the copper one blocks all signals and the other doesn't but the copper pocket shields against your body ( if your that bothered).
Was sceptical but my phone did drop of the face of the earth.
Happy happy happy, just need a bigger one now.
Old down side is that you miss your mate ringing you to go to the pub.... Unless you set up divert.
Jude
This was a great buy for me. I was worried by reports I had read about car thieves using amplification devices to break into cars by tuning into the signal from the car key from outside the house. This pouch is slim enough to fit in even a small handbag or coat pocket. What I love is that it has two compartments, one insulated and the other not. I swap the key from the insulated to the non-insulated compartment when I leave the house and the keyless entry works. I have to make sure the pouch is near the outside of my bag because the insulating material does still dampen the signal a little, but I've got the hang of it now. I am pretty sure the insulated pouch works because my car won't open for me while the key is in it! The pouches came in a pack of three, so my spare key is safely in a pouch too. They were an absolute bargain at around a tenner for peace of mind! And I have a nice neat wallet for my car key too. One very satisfied customer :-)
Num Hammer
These are well made and well priced. They essentially have a RF shield pocket (behind the beige lining you can see in the photograph) and a non RF protected pouch which is in front of the beige lining.

The size is good but probably won't hold any recent flagship phone. I could get a moto G phone to fit in it but a Galaxy S3 with a slim case would not fit.

I bought these for my car to store its keys when not in use and can confirm with the pouch right next to the receiver the car will not unlock. However I was surprised that my house alarm still activated within the RF shield (this may use a different tech and it is not the primary use I bought it for so have not deducted a star).

All in all a good product for a great price (you get three), very re-assuring for those who keyless entry/start cars.
M. FLEET
Bought to store car keys to stop keys getting cloned, on my push button start. I placed my car keys into the pouches, placed them in a drawer in my house, then the next day, opened car sat in placed the keys into pouch to see if this stopped the car from starting, it did, so I thought that's good everything working fine. The next day opened car placed pouch into drivers door pocket, started car, and warning sign, came up on my dash, saying my battery in key fob, was low and needed to to replaced. I opened the key fob and replaced with new battery, when I started car the same thing appeared on my car dash, then I realised I had the key pouch in the car door pocket, so I removed it from the car, and everything was fine, I have not used the pouch since, but I think there should be something in the instructions with the pouches supplied saying don't place in the car , as this will interfere with you key fob.
Hunter
These DO actually work. Bought two. One for fob operated Mercedes and one for key less Bentley. Both cars can be operated with key in closed bag or so I thought.

However be aware that there are TWO separate pockets, one is almost hidden and not obvious, the first does not block the signal the 2nd back pocket blocks signal completely. There should be a warning on the pack, luckily the company sent me an e-mail after I complained to them. Both work perfectly now.
Recommend Products 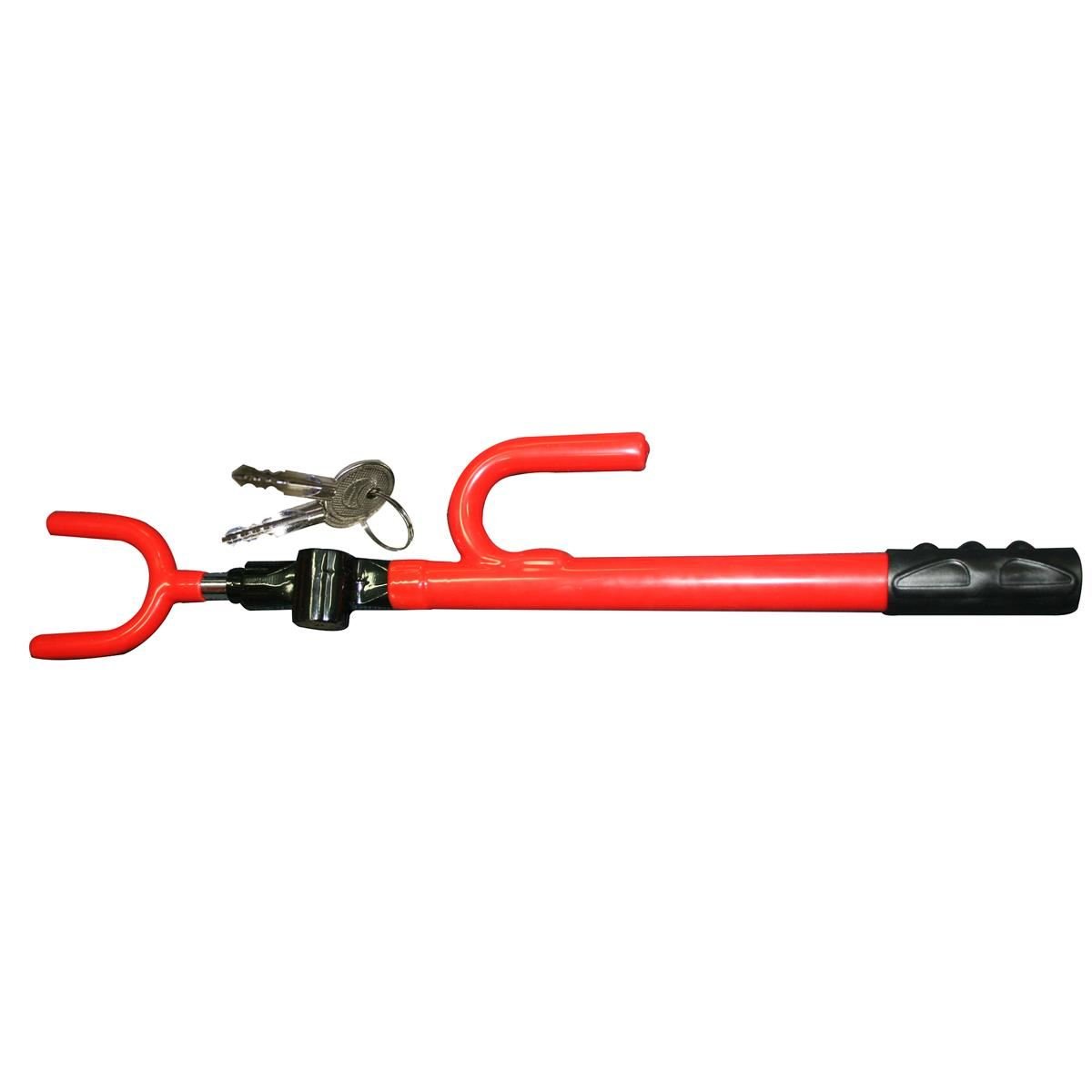 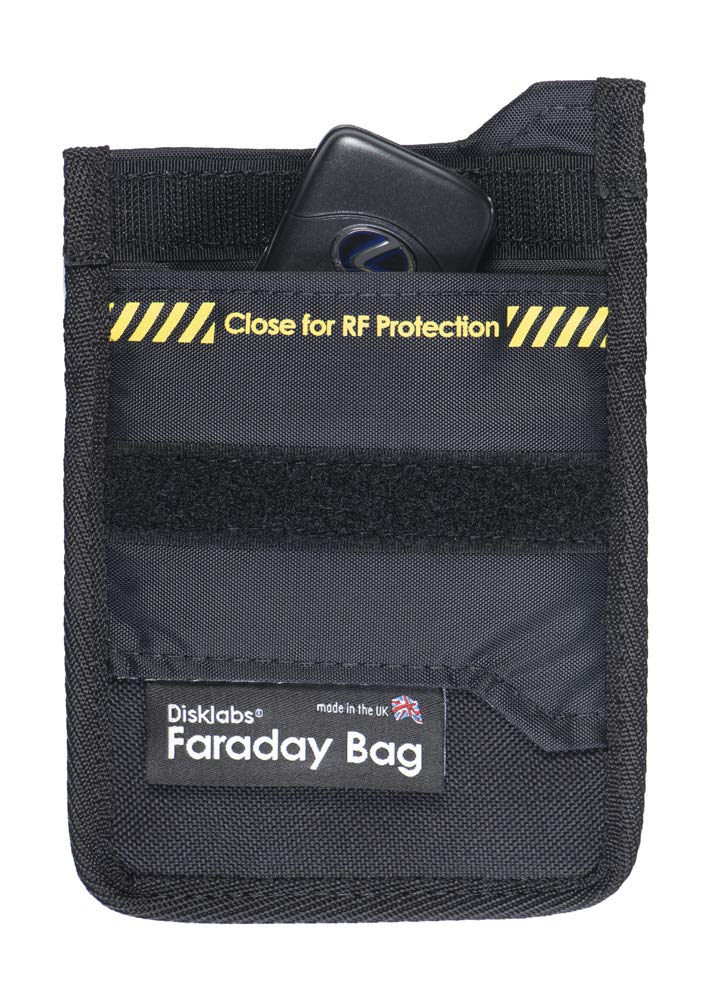 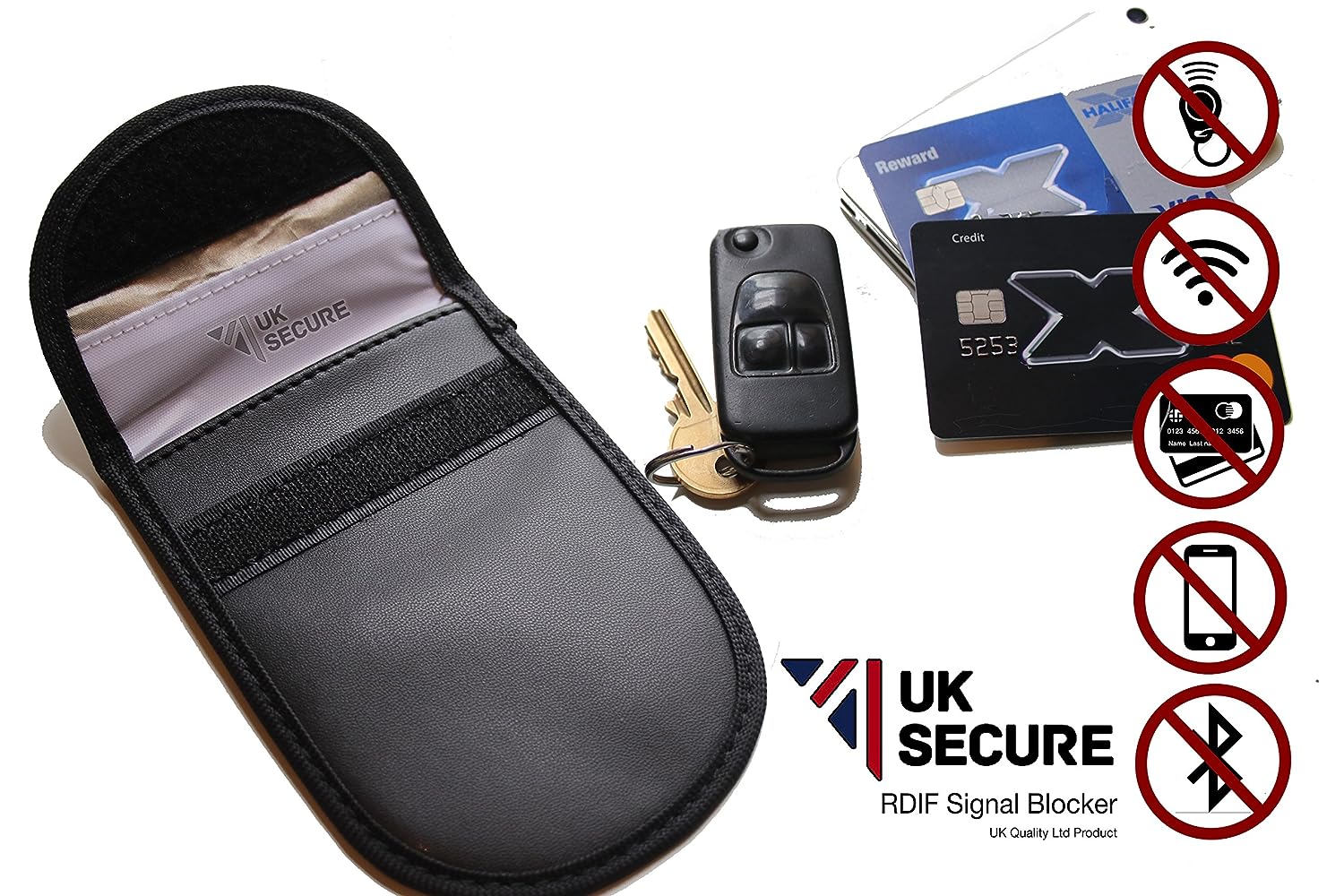 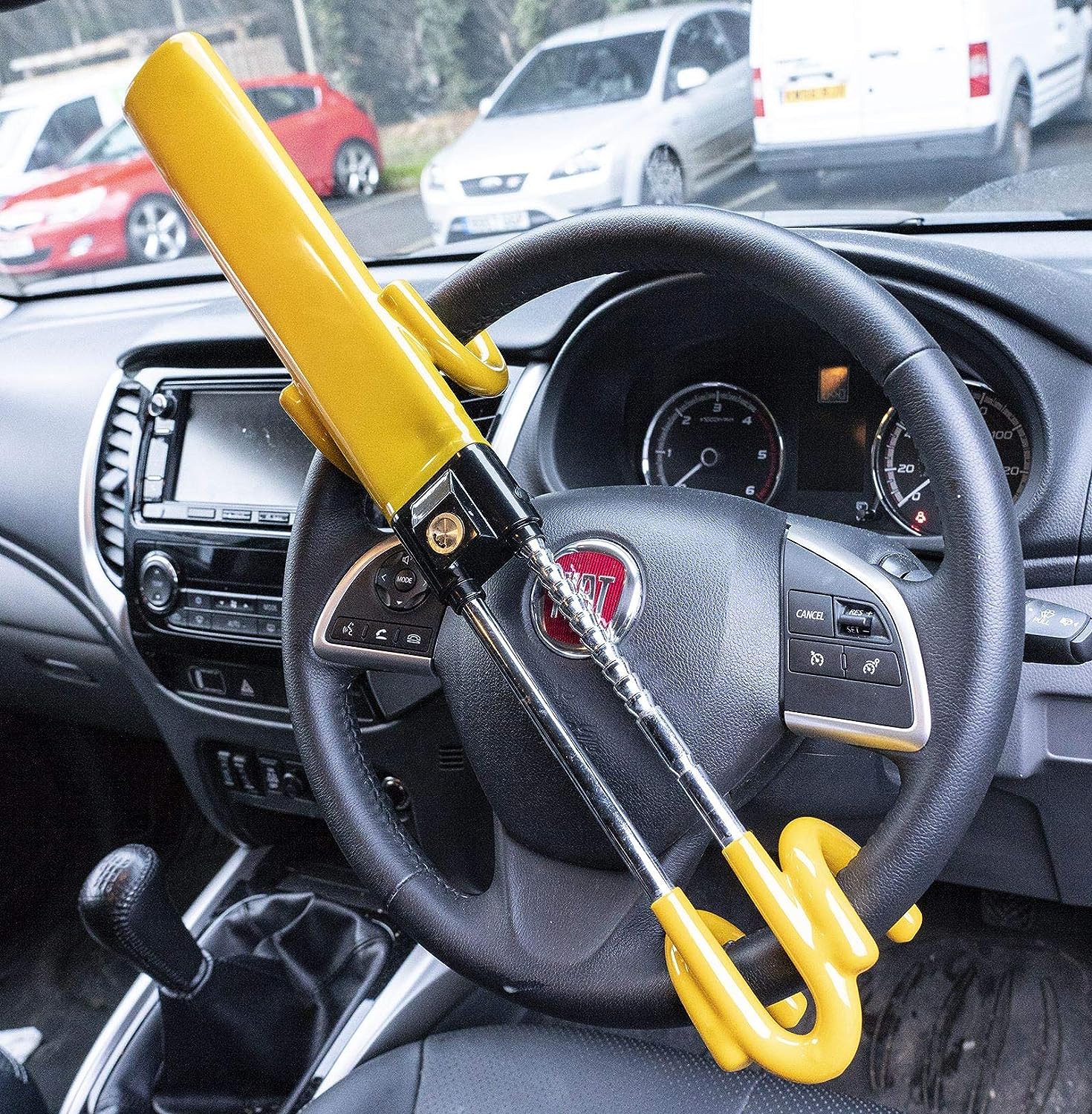 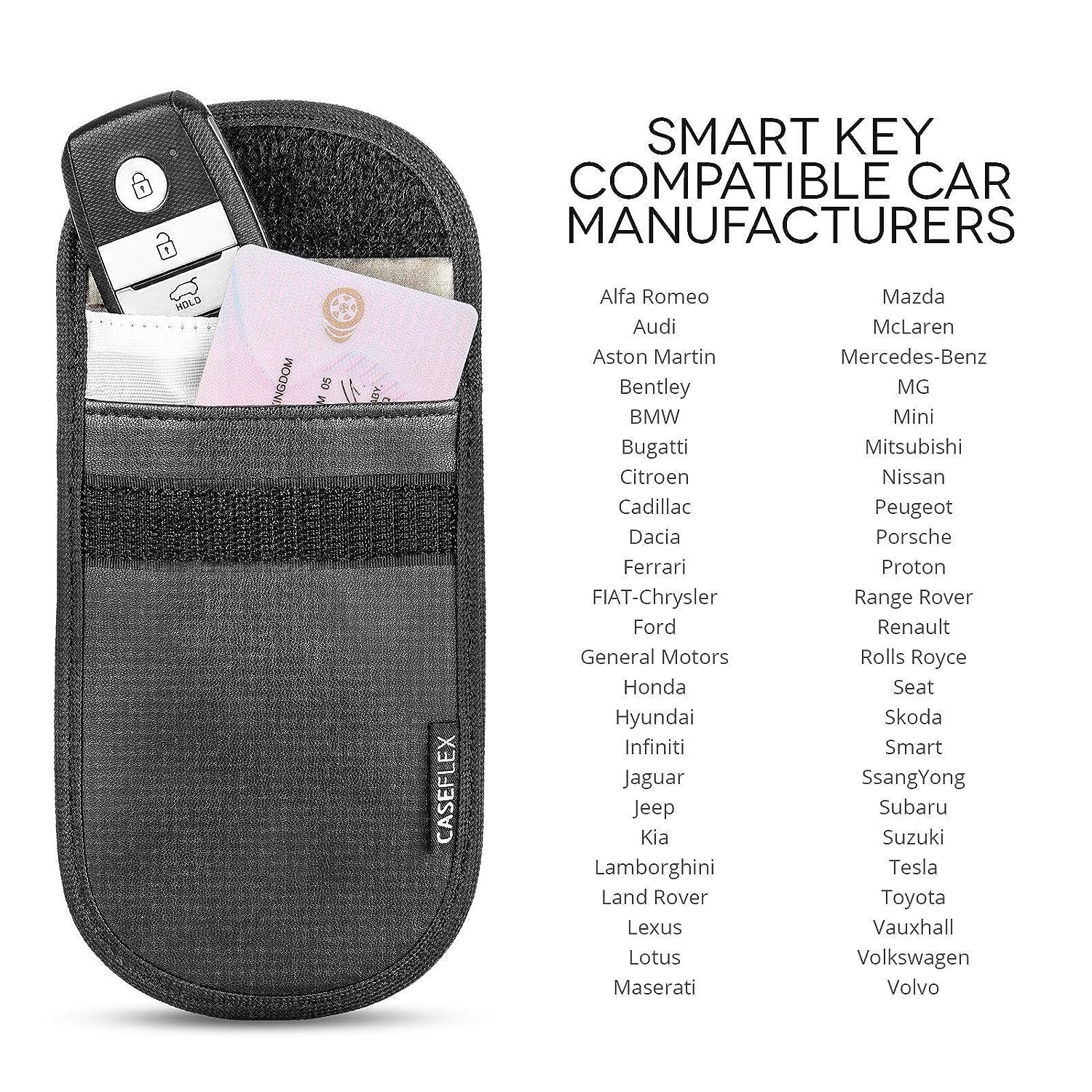 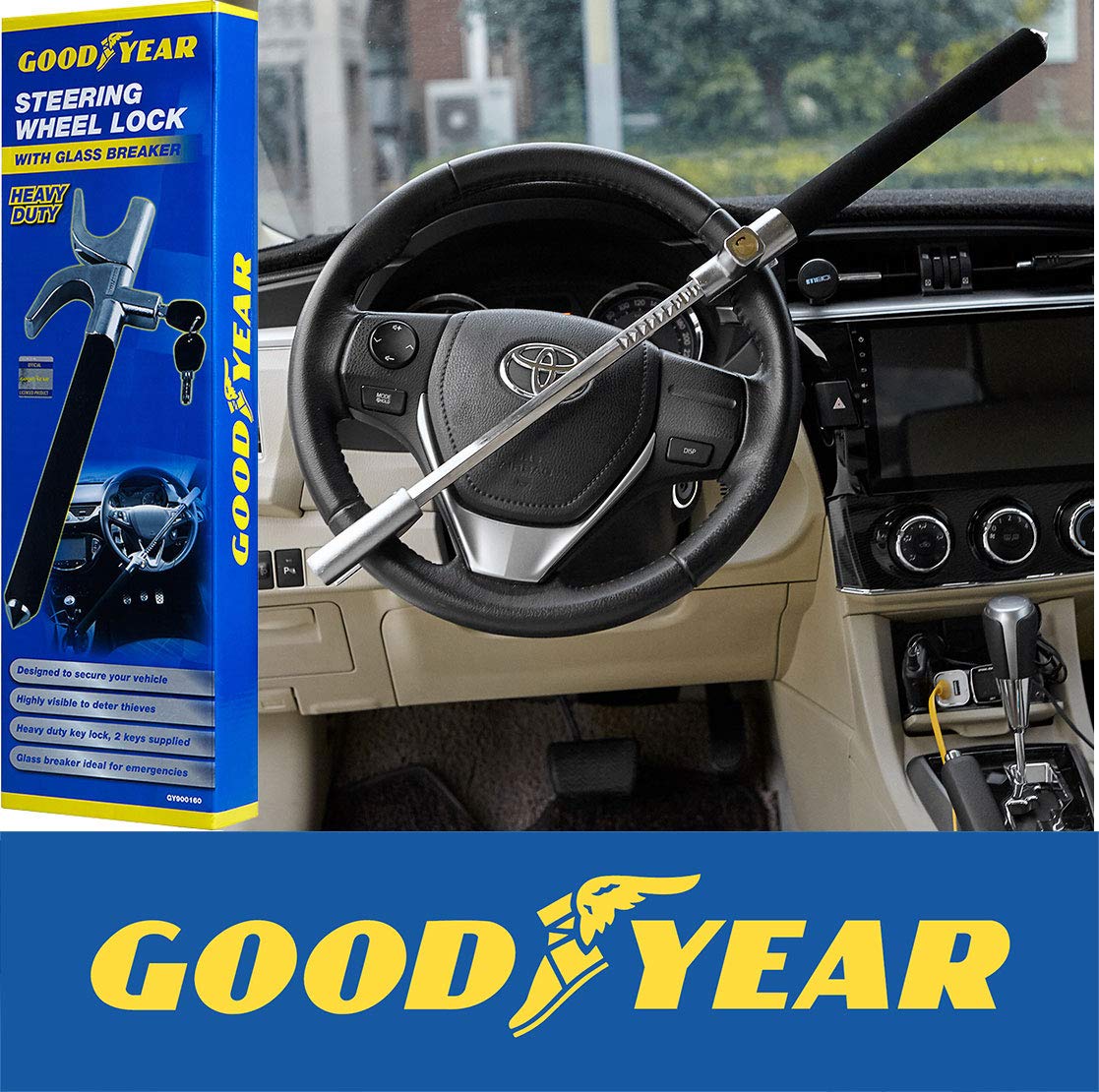 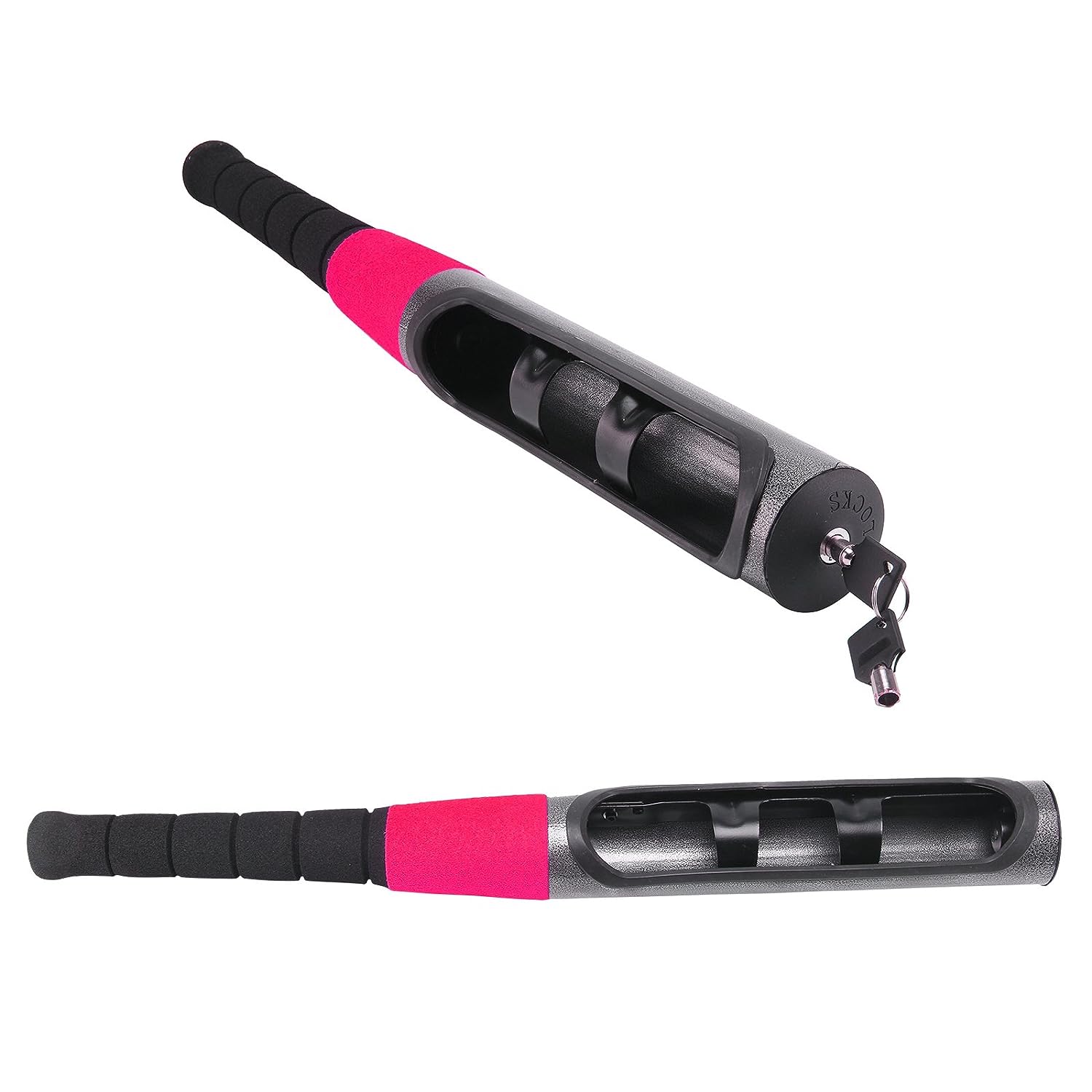 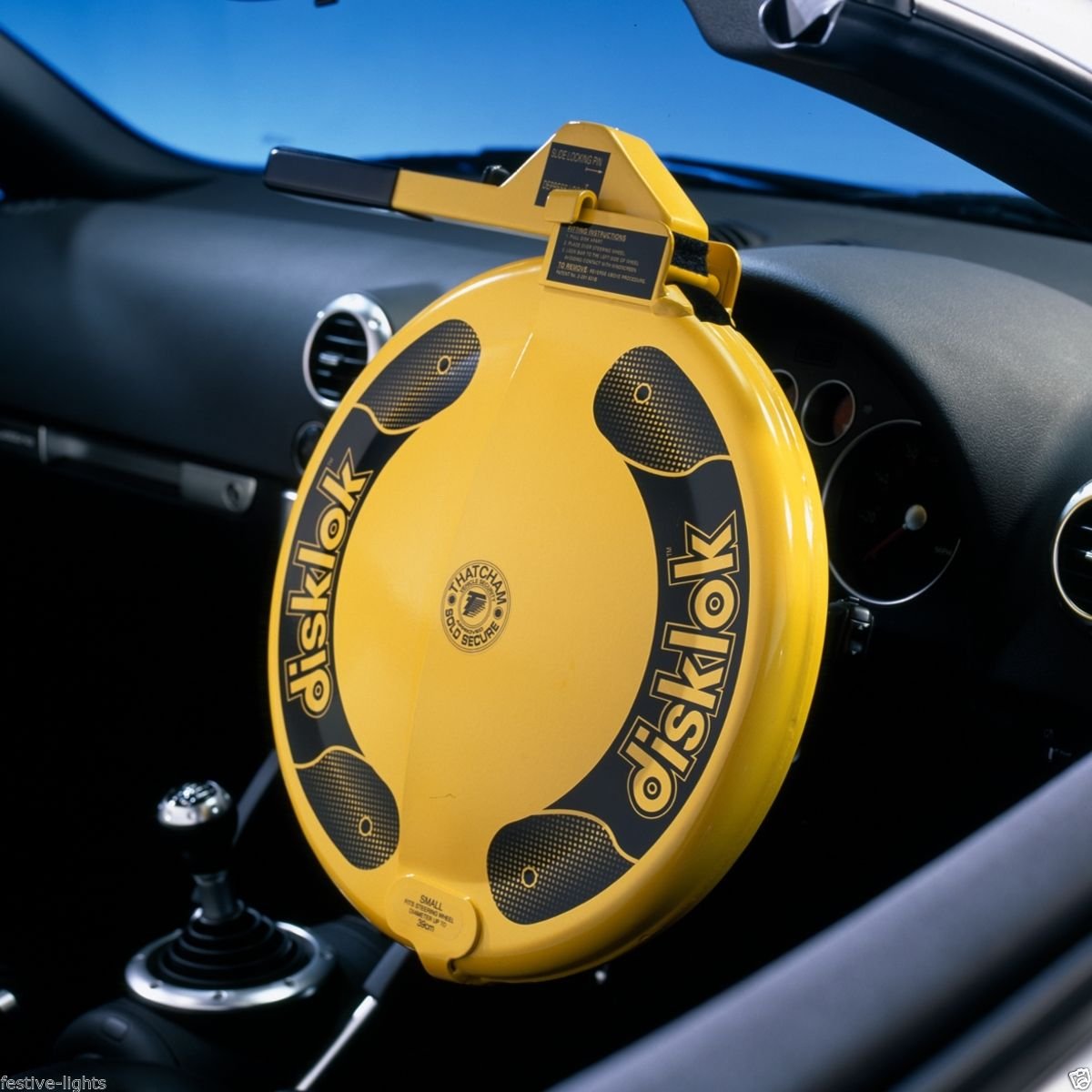 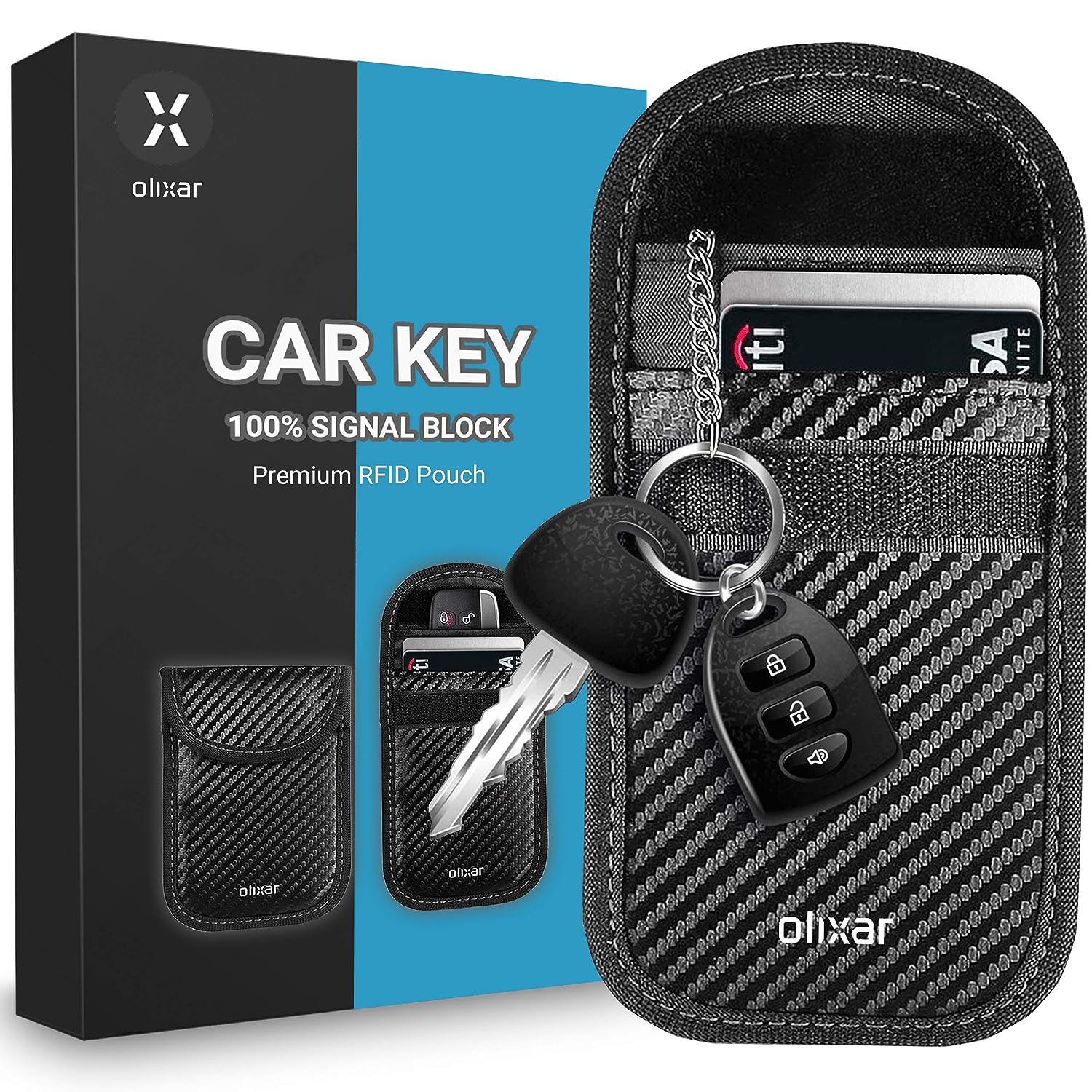 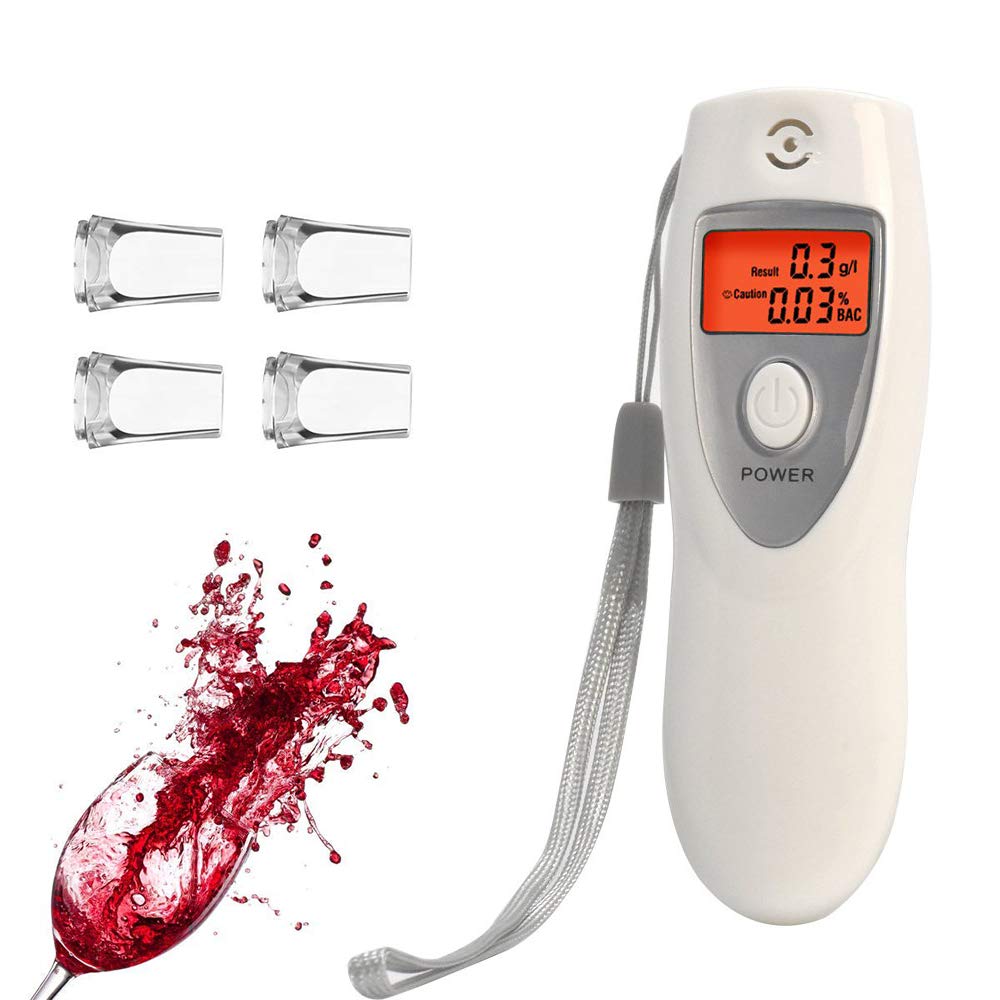